Grand Prix Automobile de Monaco Posters, The Complete Collection: The Art, The Artists and the Compe 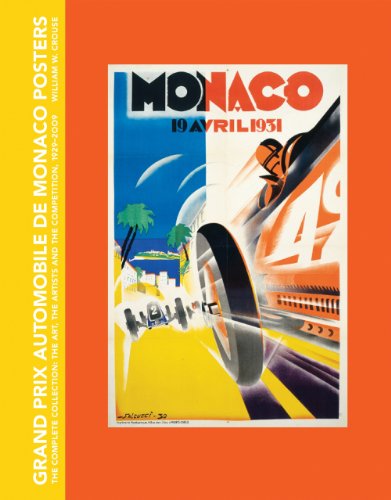 Presents the entire collection of Grand Prix de Monaco posters ever published from 1929-2009 For anyone interested in automobile racing and art, this publication gives a unique perspective on the history and tradition of the one of the world's most famous sporting events. The coastal Mediterranean views, steep cliffs and hairpin turns have made the Grand Prix de Monaco one of the most legendary automobile races. Since its inception in 1929, the race has drawn crowds of thousands to watch the many Bugatti, Ferrari, Maserati and Mercedes take on the narrow winding streets of the racetrack through Monaco. Encapsulating the glamor and excitement of the race are the posters that were produced annually over its 80-year history. Commissioned by different artists over the years, the posters incorporated the rivalries, tragedies and highlights of each year's race. Shown together for the first time, this complete collection of the Grand Prix de Monaco posters offers insight into the race's history and into the evolution of style and design of the 20th century. In the Golden Age of automobile racing, the interwar years of 1929-1939, the posters produced for the race are some of the iconic images of racing history and also of the Art Deco era. With a history of each race to accompany the posters, this publication is the first to fully explore this celebrated race.